We must examine the dark and sordid chapters of world history, and everyone must swear that such dark times will never again occur. It's a tragic period like that from 1945, when the historical records were dark. yes, today is Hiroshima Day. The first time a nuclear weapon was ever used to attack a civilian population was on Hiroshima Day, or August 6. The Japanese cities of Hiroshima and Nagasaki were struck by two atomic bombs detonated by the United States on August 6, 1945, at 8:15 a.m. local time. These were the first nuclear weapons ever used in battle, and they resulted in the immediate death of almost 200,000 people. The bombings left a trail of destruction in their wake, leaving survivors to suffer from mass famine and disease.

Teams from around the world compete in the Chess Olympiad, a biennial chess competition. The initial Olympiad wasn't recognized. Chess was attempted to be included in the Olympic Games for the 1924 Games, but this failed due to difficulties separating amateur and professional players. The first informal Chess Olympiad was held in Paris in 1924, concurrently with the Olympic Games. On July 20, 1924, the final day of the first unofficial Chess Olympiad, FIDE was established. The first Official Olympiad was held in London in 1927 and was organized by FIDE. Before World War II, the Olympiads were occasionally held annually and at sporadic intervals; starting in 1950, they have been held consistently every two years. 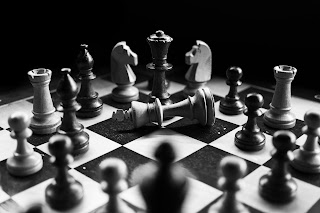 The 44th Chess Olympiad, also known as the Chennai Chess Olympiad, is being held in Chennai, Tamil Nadu, India from July 28 to August 10, 2022. It is being organized by the Fédération Internationale des Échecs (FIDE) and includes open and women's tournaments as well as several events meant to promote the game of chess. India is hosting its first Chess Olympiad at this time. There are 1,736 participants in all, with 937 in the Open competition and 800 in the Women's competition. The convention center at the Four Points by Sheraton will serve as the primary location for the Chess Olympiad, while the Jawaharlal Nehru Stadium will host the opening and closing ceremonies.

Finding an Indian restaurant or store close to their home might be difficult for many Indians who are living overseas, and some of them actively look for it. There are a select few locations outside of India where you can sample authentic Indian dishes and goods that are frequently sold there. There are a few places in some nations where you can mistakenly think you're in India. "Harris Park," in Paramatta, Sydney, Australia, is one of the areas. Greater Western Sydney's Harris Park area is located in the Australian state of New South Wales. Harris Park is in the City of Parramatta's local government area, 19 kilometers west of Sydney's financial Centre.

If you or a family member travels regularly by plane, do you want to know if they arrived at their destination safely, on time, or if there was a delay? Using the usual method while flying, the traveller would be unable to contact you to give details about the status of their plane. The development of a fantastic website that allows regular passengers and their families to keep track of where the plane is and when it will arrive at its destination is a blessing. A splendid website flightradar24.com will present you a map and almost gps location of the aircraft in question. It is a live air traffic website which also has a mobile app in both Android and IOS. Let's view the video to learn more.

Nathu La is a mountain pass in the Himalayan ranges that connects Sikkim with China. It is one of the world's highest motorable highways. Nathu La, one of the most significant Himalayan passes in the nation, is located on the Indo-Tibetan border at a height of 14,450 feet. Nathu and La both refer to listening ears and passing. One of the three open commercial border crossings between India and China, Nathu La is well known for its stunning beauty and lovely surroundings. Most of this place continues to have a low temperature. Nathu La Pass, which is situated on the Old Silk Road, links Sikkim with the Tibet Autonomous Region of China. After the People's Republic of China put down a Tibetan rebellion in 1959, it was shut for nearly 40 years. However, when Atal Bihari Vajpayee, a former Indian prime minister, went to China in 2003, negotiations to open the strategic route were restarted. Since its reopening in 2006, the Nathu La Pass has operated as a designated Border Personnel Meeting (BPM) Point.

Vitamin - A and why it is essential

Can you read the below text without a reading frame during night? Hello, How are you? if you can then you have a good vitamin - A source in...